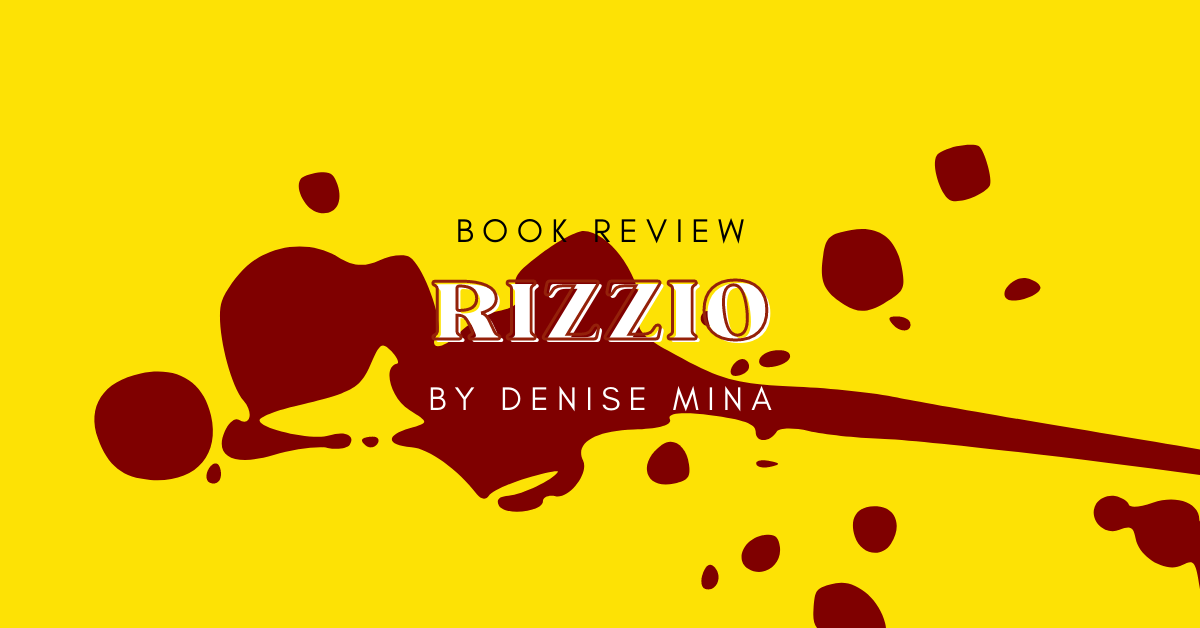 Filed under: books I read in one day/two sittings.

Here we have a book about my historical crush Mary, Queen of Scots, written by a woman who I admire, who happens to be from my hometown: Denise Mina. Her existence implies that there is hope for me, despite my being from East Kilbride.

So, when I heard that Mina would be taking her superb writing skills to the realms of the renaissance, I knew I’d have to get my hands on a copy of the bold, bright yellow novel.

Coming in at 118 pages, Rizzio is a tight little read. It tells the story of the last hours of David Rizzio, advisor and dear friend of Mary, Queen of Scots. Throughout the majority of the novel, Mary is heavily pregnant. At the time, she is married to Lord Darnley, with whom she once shared a passionate romance; in the months since their wedding, they have grown to heavily resent one another.

Darnley is a coward and not particularly intelligent. He is teamed up with a group of questionable but highly ranking men of Mary’s court who oppose her rule. Their goal is simple: murder David Rizzio in front of Mary and frighten her to the point of having a miscarraige so terrible that it kills her as well as the unborn heir to Scotland’s throne.

For anyone into history (and/or TV shows like Reign), the story of the murder of David Rizzio is a familiar one, despite many retellings and variations of it. Mina’s version is simple but infinitely intriguing as she grants the reader insights into a variety of different characters, some of whom we might not have expected to hear from.

Denise Mina is a staple in tartan noir. I’m not so much of a true crime junkie, but I couldn’t keep my hands off of the Long Drop. I’m definitely far from a fast reader, but I happily devoted a large chunk of one of my days this spring to taking in every little bit of Rizzio.

Who should read this?

So: if you’re into true crime; history; psychological insights into complex characters; or plain and simple, sharp and snappy storytelling, I definitely recommend the works of Denise Mina – especially the thrilling and unputdownable Rizzio.

Interested in reading Rizzio? Buy your copy from this link and you’ll support me and local book stores!