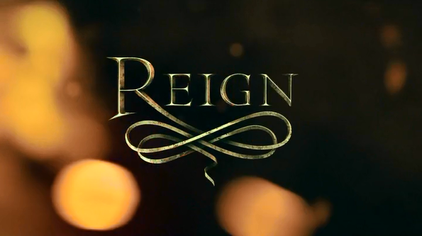 Focusing on the saucy parts of teen life in the renaissance period in France, Reign was a pretty good show. With its beautiful costume design, enchanting settings and intriguing relationships between a wide array of unique and often complex characters, it made for an entertaining watch with its four seasons. Unfortunately the drama, which follows a teenaged Mary, Queen of Scots as she endeavours to marry Dauphin Francis and protect her country, was cut short – weeks ahead of its release, it was announced that the fourth season of Reign would be its last.

So we got season four, and it was a little shorter than the previous seasons and had a lot to do in its short period of time. For the first time since she was a child, Mary was in her own country, and for the first time she was alone and making her own decisions as Queen of Scotland. Real life Mary faced many trials and tribulations being back at Scottish court: she was stalked, bullied, faced a bad marriage with a spoiled brat of a husband and fell in love with another man. The woman led an interesting life, no denying it; it makes her an amazing lead for a period drama. However, I fundamentally believe that Reign season four could have been amazing; it was good but definitely fell short of the mark. There are many changes that could have been implemented to make it better, here’s a few:

As I said, a lot of interesting things happened in Mary’s life, especially back in Scotland. Unfortunately, these interesting events didn’t happen in a quick procession when she was still young and beautiful (mind you, Mary was apparently “strikingly beautiful as well); no, these events occurred over the course of many years, from her late teen years, to her twenties, thirties, and beyond.

What Reign doesn’t do is take all these events and stuff them into the short period of time that season four took (most of the season took around a year), which is good. But not great. What I would have suggested doing, had I been asked, is take a few leaves from the Tudors book.

The Tudors (2007-2010), jumped time periods very seamlessly. In the first episode, it is announced that a lover of King Henry VIII is pregnant and by the time the episode is over the kid has not only been born, but he ages to the age of like, seven, and dies! The Tudors does this a lot, moving from one day to years in the future, because the producers understood that not every interesting thing in King Henry VIII’s life happened within days of each other, but rather, there were a lot of engaging and thrilling things that happened, and then long stretches, perhaps years, of tedious life. Mary’s life was no different, and a lot of really entertaining (for us, not for her) things happened in her life in a span of several years! Unfortunately, Reign decided to pick events in quick procession of each other and had to fictionalise a great deal of it because they had picked a period in her life that was interesting, but  not a whole season interesting.

Mary’s marriage was a hot topic, and so was her long coveted pregnancy, but after the death of her second husband Lord Darnley, a lot of really thrilling stuff happened then as well! Like the speculation following the king’s death and the being kidnapped by Bothwell and literally escaping a guarded tower by herself after miscarrying twins. The woman was a complete bad ass. Season four does not reflect that as accurately as it could have.

For starters, Bothwell is a creep and not the most fun to watch. He’s always making that smug face that I guess aims to charm the audience and Mary but he only charms Mary and leaves the audience wondering why he keeps doing that.  Bothwell, who’s status in history is a little ambiguous (did Mary love him in real life? Was he a terror and a tyrant?), is pretty uninteresting and doesn’t do anything completely by himself; he acts as Mary’s lapdog security guard who just wants to batter anyone who threatens her. Noble, but boring.

Where was Bash? He was mentioned when David Rizzio (who was actually a fine addition to the season four cast) first appeared but never surfaced, despite his promise of coming back to Mary when she needed her most. Where was he when her husband was blackmailing her and plotting to take her throne and their child? Where was he when her best friend was killed and she was locked in her room by her lords? Where was he when, I don’t know, she was beheaded?! In reality, Torrence Coombs, who plays Bash, was probably off filming his new show Still Star Crossed and was therefore unable to come to Mary’s aid. That’s probably why we ended up with big boring Bothwell.

Leeza, queen of Spain and daughter of Catherine, shows up and she’s really annoying the whole way through. There are parts where it seems like the show is trying to redeem her by delving into her sad past but that doesn’t work and she’s still annoying. She’s irredeemable, almost. She comes to France and she messes with her family and sticks her nose where it doesn’t belong and, to reiterate, I really have no idea if she was meant to be likeable or not.

Oh god, what a shit show.

Every France plotline in season four was really annoying to watch. Season four spends multiple episodes going back and forth in the Claude/Luke/Leith love triangle (Luke and Claude are annulling their marriage! No they’re not. Now they’re going to try and love each other! No they’re not. Yes they are! No they’re not) when it wasn’t that interesting to begin with and ends with the lovable Leith fucking off and marrying some rando.

Narcisse seems to find redemption at times in avenging his executed wife Lola and saving her son; he comes back to France to reclaim his place as Lord Chancellor as a changed, mentally scarred man. It would have been great to watch him try to become a good man and leave his shady past behind in the name of the honour and love of his wife. Instead, he goes back to being shady and does what he said would “desecrate” Lola’s memory; shags other birds and then even restarts his toxic relationship with Catherine.

Charles is really annoying, but not as annoying as Henri, his younger brother (who was like, four in season one, at oldest 14 at the end of season three and then like??? Twenty six in season four??? Mind the whole four seasons covers the span of around four or five years) who comes back, seeking the throne of France with Spain’s support. Henri was pretty unlikeable, and again I was never really sure what the writers’ aims were behind him (I feel like I’m saying that a lot here). Perhaps it wasn’t the character himself but rather Nick Slater’s appearance of him or the writers constantly going back and forth on plotlines throughout the season.

The France plotlines really go off the rails at the very end of the season. Suddenly there’s a witch and she’s having a threesome with Catherine and Narcisse and she’s going to have the anti-Christ baby or something and now Catherine has to bring back her youngest daughter to sacrifice or some shit so Catherine stays safe. It was a lot to take in in literally like, two episodes? It seemed like the writers may have actually had a story planned to pan out for all of that but in the wake of the cancellation of the show, an ending had to be rushed out.

Elizabeth I was a powerful woman and iconic monarch, bringing forth a golden age for England and her people. Elizabeth I in Reign is a little spoiled, very childish and extremely fickle. She constantly changes her mind from “I can be a powerful lone monarch” to “I need a husband to stand up to Mary with.” In trying to present a powerful female character, it helps to have that character actually make decisions and stick to them. Of course in the last episode we see Elizabeth get all suited and booted, ready to lead her men into battle but the entire season before that consists of her playing men, dealing with her desires for men, and backstab the shit out of other women. We are told through the whole watching experience that she is a strong and powerful queen but do we ever actually see that? Rarely.

Reign is a show I really adore; I rewatch it a ton because it’s easy and enjoyable watching and I really like looking at Adelaide Kane. She’s beautiful.

The costuming and set design in Reign are completely enchanting and watching the dynamics between different characters play out is amazing, but the show, like most other shows, has and always has had its faults. Season four definitely brought a lot more of those faults to the surface, unfortunately.