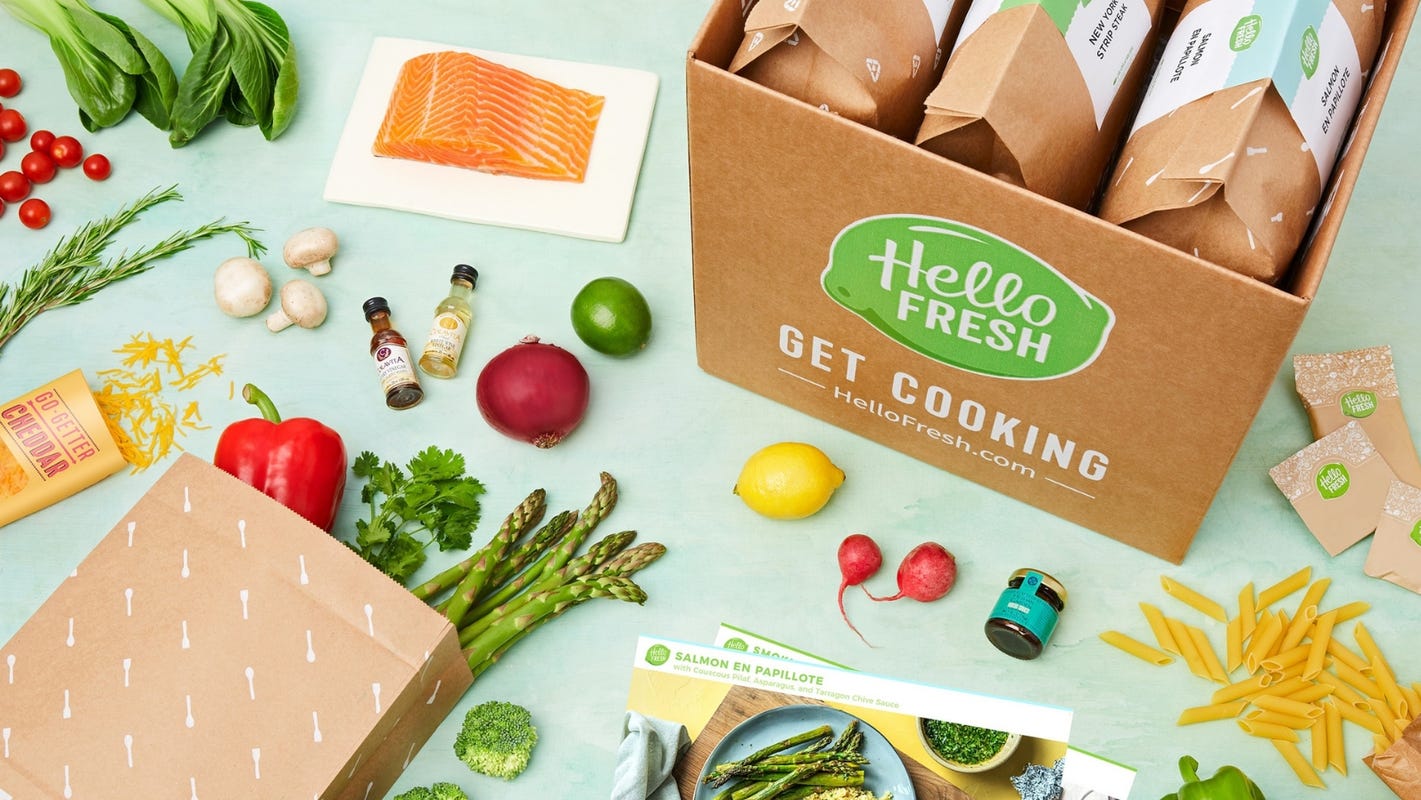 HelloFresh seems like a great way to plan healthy, tasty and varied meals when you’re having a busy week, but obviously the whole country is still living through a lockdown right now. Not a lot of us are working, giving us more free time to cook or bake (see the thousands of pictures of homemade banana bread all over social media), but that doesn’t mean that cooking is automatically an easy thing.

Lockdown has been overwhelming. Being in the house so much, having to think about cooking something different every day, keeping yourself going – that can be a lot. Even though my partner and I are avid cooks who like making food together, we’ve still found the whole dinner thing a bit exhausting recently. So, when we saw a good deal on HelloFresh, we decided to order five meals to give the whole thing a try.

For anyone who doesn’t know, HelloFresh is a mealkit provider. By accessing their services online, you can pick different meals to have delivered to your door in neat packaging, sorted by what meal the ingredients are for. You can also buy the likes of wine with your meals.

It was cool to see our fridge fully stocked and coordinated by meal. It made the week feel a lot more organised right away.

On night one we tried the Thai sticky pork dish (but because I was playing Dungeons and Dragons, my partner took over the cooking on that one). Though it was a bit coriander heavy for my liking, I still appreciated all of these different flavours nicely mixed in together. Not to mention, it looked so pretty! We had white rice with fresh carrot and coriander mixed in, which looked so bright and fun. We don’t often cook with pork in the house since we’re both a bit inexperienced with treating it right, but step by step instructions and everything neatly packaged together made so much less daunting.

Since my partners parents got the same deal as us and we got one of the same meals, we ended up having dinner with them over FaceTime. We were all eating the roasted red pepper and aubergine linguine. Again, I appreciated this one, but it wasn’t my favourite. That said, the pasta sauce was so simple to make and really tasty, and the roasted red pepper was amazing in it. Only thing about this one was that our delivery didn’t include the garlic we were meant to get for this one, or some of the tomatoes we were meant to have. Luckily, we keep an endless stash of garlic on us, and the other missing ingredient didn’t ruin the meal.

Next we had what was definitely my favourite, a beef stir fry. I think I liked this one even more purely because while cooking it, I wasn’t sure if it would be good or not. Then I had a bite and I was like, not only is it better than what I thought, but it was smashing. Normally when we cook things like this, we add a chilli pepper – even though there wasn’t one included or in the instructions, we added one to our stir fry and the dish became so spicy my lips stung so, so much. Still amazing though, would absolutely take that burning again. A lot of dishes included a lime to zest and juice into the dish, and to serve with the meal when it was finished, and boy did this reignite my love for limes. They added so much freshness and brightness to the flavours.

We had Chinese style noodles next, which were really nice if not a little heavy on the green bean content. Again, these were really tasty and looked so pretty on the plate.

And finally, we had something quite different: yakitori chicken skewers. We’ve never cooked on skewers together, and there were a good few things that we don’t normally think to include in what we cooked. I loved pickling the radishes and having them there for some refreshing flavour and they really added to the aesthetic of the plate. However, I feel that this recipe would really benefit by advising that its users take a few hours before cooking the whole meal to pickle the radishes and marinate the chicken and mushrooms ahead of time, if not the night before. There was a pickled flavour on the radishes, but it could have been much stronger if they’d had more time. Though this one was one of the tastier dishes, it was also a bit problematic in the recipe card. There were some bits missing, we felt. When adding water to one part of the ingredients, we were told to add ½ water. ½ what? There was no unit of measurement after that we could see, so we guessed it referred to ½ a tablespoon and that seemed to work out. Then, at the start of the recipe we were told to quarter our lime, and then there were no instructions for it until the last step, which just said to squeeze “the rest of the lime” into the glaze. We didn’t know where else we were meant to use the lime earlier and we read and reread the recipe a good few times looking for it. Still, everything came out really good looking and delicious.

Though we really enjoyed our week of HelloFresh and definitely would experiment with it more, one complaint I had was all of the little plastic and foil packets containing small amounts of ingredients. I wish they’d been contained in things that were reusable or more recyclable (maybe they were? But they didn’t outright look like it anyway). This was definitely an enjoyable experience for us and has really refreshed us a little in terms of cooking. A lot of the dishes were structured really similarly, but we ended up with really varied dishes that tasted really different from each other. I definitely want to revisit the beef stir fry, and I think we’ll be holding onto all of our recipe cards so that we can cook these dishes again in the future.