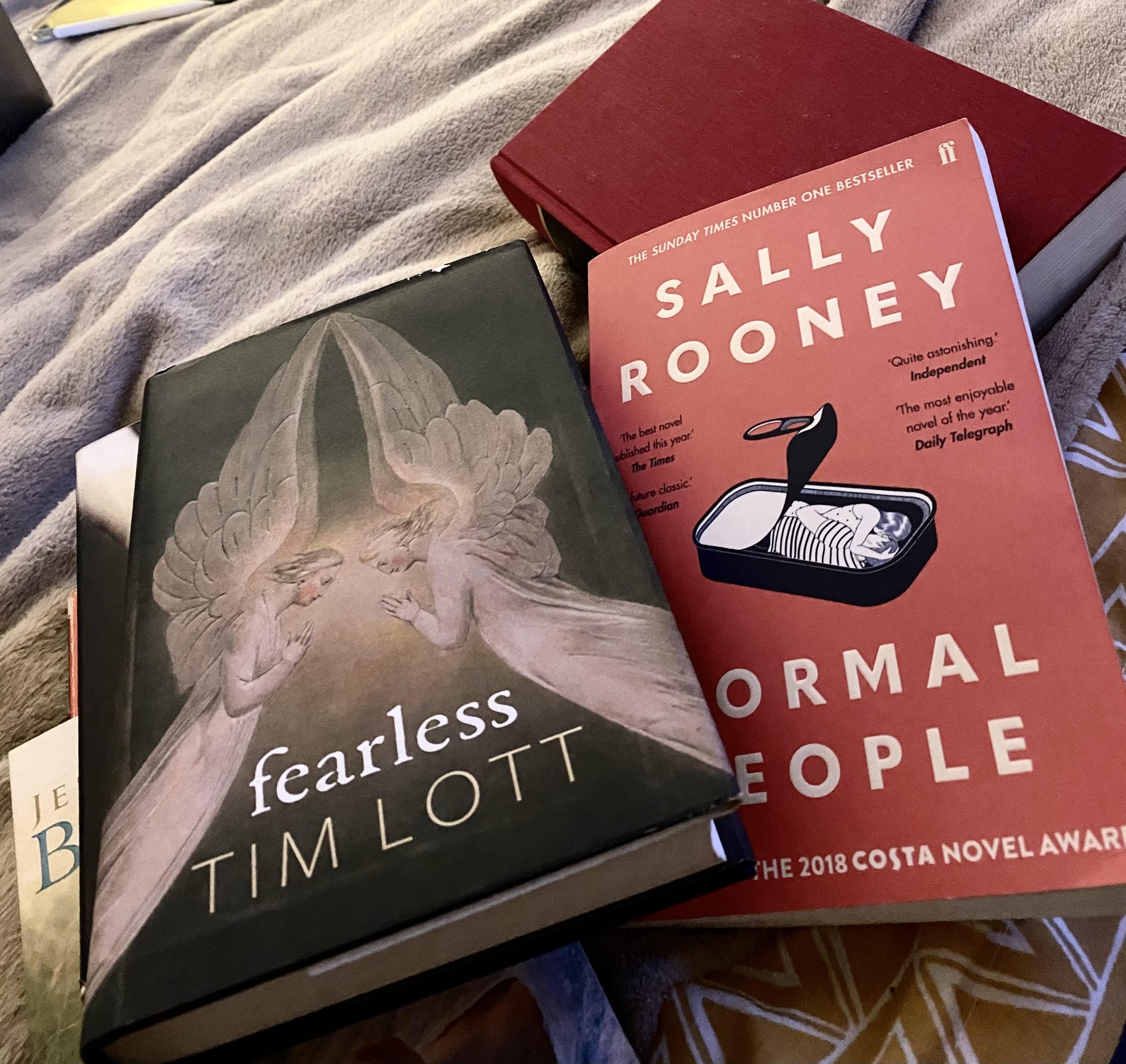 I’ve been a reader and a writer for a long time, and it’s no shock or secret that these two aspects of my life shape each other massively. The best way for a writer to learn is to read, and reading fuels my passion and motivation to write. Sometimes I’ll be reading and a passage, poem, or whatever it is, is so striking that it makes me wish that I was doing my own writing there and then.

Though I haven’t really spoken about this, I’m sure this isn’t a feeling I’m alone in having: when I read a text that has an incredibly strong narrative voice, it shapes and influences me for days after reading. I start to think in that narrative voice, as in the voice in my head articulates my thoughts in the same voice as the piece I’ve read.

Now, with all the books I’ve read and all the words I’ve written, I don’t know how I’d describe my writing style. I hope that it could be described as an amalgamation of everything I’ve ever loved reading blended into my own voice, but I don’t feel as though I can really say that about myself. Instead, I’ll just detail some of the books that I felt changed after reading and hope for the best.

This is the first book I remember passionately loving and being fully engrossed in. It was dark and beautiful, and I feel I’m in dire need of a reread as it’s been, probably, over ten years since I’ve delved into this story.

I remember Lott’s writing as sharp but simple, to the point and very reflective of his character’s dispositions. It still managed to be very sophisticated, I thought, and his story was complex and intriguing. It was absolutely something I was mesmerised by and sought to mimic.

Before I Die by Jenny Downham

Downham’s voice in this novel was so strong, and the story really stayed with me – I read it when I was around 13 and every time I wasn’t reading it, I was thinking of when I could next get back to it.. Despite the grim subject matter (a teenager sets out and goes about completing a bucket list before she dies), it was full of these light, lovely, and even funny moments.

I found Twilight in my formative years – I remember picking it up from my school library in 2008 at the age of 12 or 11, just before the hype properly really kicked off. Just months ahead of the first films’ release, actually.

Meyer’s writing leaves a lot to be desired. She has catchphrases like “he chuckled” (with the “chuckled darkly” variant) and “his car purred to life”/”my truck roared to life” but still, I was a vampire obsessed kid and Twilight really fueled the flames and influenced the stories I wanted to write.

If you follow me on Twitter or speak to me in any capacity you’ll know that I was obsessed with this book after I first read it. I’ve rewatched 2020’s television adaptation a handful of times because I am, to reiterate, completely obsessed with it.

Rooney’s novel dripped with tenderness that overwhelmed me and I really wish I could write like her. Her words feel thoughtfully restrained and detached but this somehow doesn’t limit the sheer amount of feeling packed into all of it.

The Catcher in the Rye

I read the Catcher in the Rye during the last summer after high school and before starting college.

Holden was another strong voice for me – as a writer now, one of my strengths noted by mentors and tutors has been character. Whenever I’ve written a piece that has been heavily character led, it’s been graded higher or received more positive attention. Holden definitely contributed the way I think when writing in the first person.

The Twits & Lamb to the Slaughter

My obsession with Roald Dahl absolutely followed me into adulthood! I was besotted by his stories when I was younger – from their messages, to their subject matters, to the prose – there was nothing I didn’t love. I had no idea that he had written any adult fiction until I studied Lamb to the Slaughter in fourth year English and was OBSESSED. I loved the crime, the presentation, the dark and twisted ending. Suddenly there were these two sides of such an impactful part of my childhood and I loved them both. Ever since I read Lamb to the Slaughter I have absolutely been trying to find my own version of that story, something that’s on its level. I think the closest I’ve come to that is Hydraulic Press.