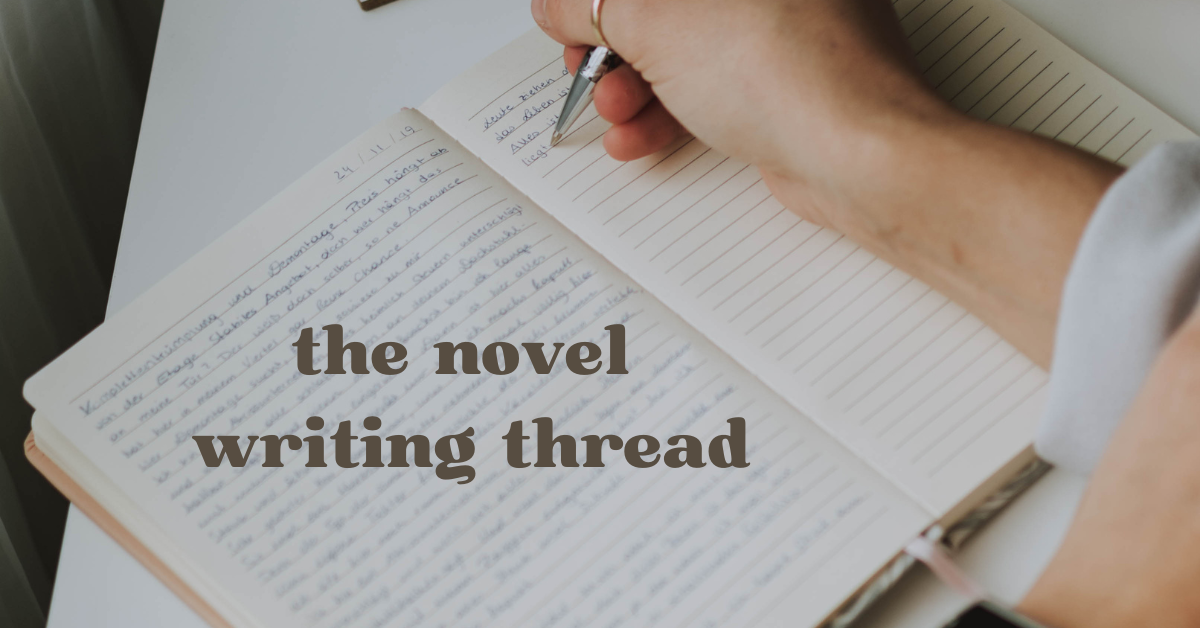 In 2020, at the height of boredom and depression, I began the novel writing thread. This seemed silly, but ended up being a fantastic tool for pushing my writing forward, and acting as a source of hope a during a difficult time.

How could you not? What seemed like a normal year flitted away like a landslide as COVID-19 locked us all down.

Towards the end of 2019, I was growing more and more excited to celebrate my graduation with all of my friends, and to join my partner in the world of work.

Come January 2020, I’m engaged and looking forward to working to save for the wedding, and to host an engagement party for all of our loved ones.

At the start of March, we were in Birmingham, participating in UniSlam. We were all joking about washing our hands that little bit longer. COVID was a threat, but it was one that felt like it was from a movie. Vaguely scary, not practically scary.

We came back to Scotland, and between strikes and being exhausted from travelling, I didn’t make it back to university. Soon, the rest of my classes were cancelled, and we were launched into lockdown.

So, I graduated over Zoom, and I spent days on S1 and Indeed searching for anything to do with my days that will pay me and gain me experience in my field.

A sense of routine

During the summer, I found comfort in the Novel Writing Thread.

On August 2020, I flippantly announced to my Twitter followers, “fuck it, novel writing thread.”

During the weekdays, I got myself in the habit of sitting down, tasking myself with a word count goal, and writing. I’d mapped out a story outline and chiseled away at the novel everyday. Each day, I started by aiming for around 2,000 words each session. I usually beat my goal by between 100 – 300 words each time.

I didn’t so much find a ritual. More, a ritual found me. A coffee in my favourite mug. A glass of Lidl’s diet coke. A snack, or a pastry. Flowers in a vase by my side, along with paintbrushes and my sketchpad, from that time I got into painting during the pandemic.

I kept a Word doc which noted my goals, what parts of the novel I was working on that day. I kept my Twitter thread, which documented every chapter completed, every mark met.

Sometimes, I would simply write “it’s fun having writing again.”

At a time everything was uncertain and depressing, I had this silly little Twitter thread that documented my achievements. It kept me motivated as my friends would like my Tweets and text me to say they were proud or impressed.

While I was getting several job rejection emails each day, as the last of my student loans dwindled away, it was something that made me feel accomplished.

So, where did I end up? With about 50,000 words of a novel that I was having fun with. Looking back to it now, I’m not entirely sure if I still love the concept as much as I did back when I was developing and writing it.

But at the end of the day, it was an accomplishment. Sitting down to write every day with my ritual, at my set time, was light and refreshing.

A while ago I tweeted that I was starting up a new novel writing thread, then I wrote a blog about writing four novels at once.

Things are busy at the moment! Though I don’t wish another pandemic to befall the globe, I do miss that alone, nothing time, that was all mine.

Right now I don’t have much time to spend on novel writing, nevermind a companion Twitter thread.

But I’m doing little bits. Spending ten minutes here and there. Not meeting pals of 2,000 words at once like I used to, but it’s still enough to say that I’ve written during the day. Which is still a nice feeling.

Thing is, I know that if I were to spend a day or two getting back in the habit of updating the novel writing thread, I’d feel the benefits almost immediately. I’d have evidence of a habit, the picture of a journey to look back over, and something to bring back those good feelings of achievement.

Right now, it’s hard to get back into the habit. But it’s on my mind and I go through spells of feeling creative. I hope that I’ll start populating the space under that initial novel writing thread soon and start seeing real, solid progress.

For now I’m doing everything I can.

To any other writer who is reading this, I hope you are being kind to yourself. I hope that you are taking things are your own pace, even if that pace isn’t as fast as you’d like it to be. If you want something enough, you’ll get it done. It might just take a minute.