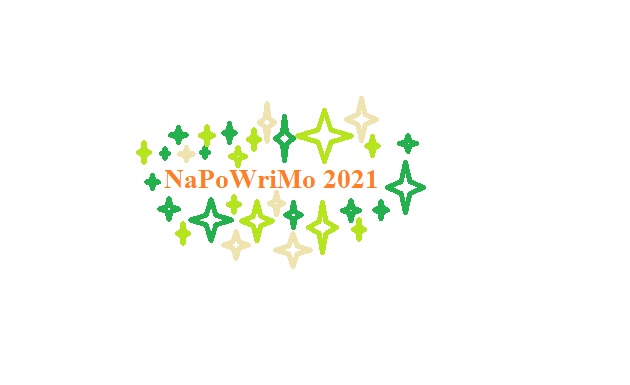 National poetry writing month April has come and gone. This years’ challenge was the same as ever: every day of April, write a poem. Work from a prompt or exercise, and end up with 30 poems at the end. They can be shitty first drafts or momentus one take wonders, but at the end of the day, you’ll have 30 of them.

Sounds easy, no pressure, just do it for the sake of doing it, yeah? Maybe not so much.

This was my second attempt at NaPoWriMo and I think I just have to admit that it’s not for me. As much as I want to write a poem everyday, it’s just not in my nature to sit down and work at it, to turn the poetry valve in my brain on at will. Some days I’m really busy at work and don’t have the creative energy to come home and write a poem. On the weekends I’m often doing little bits of everything, or relaxing on the couch and consciously turning my brain off for a while.

As much as I love writing poetry, I really think I just don’t vibe with such regimented practice. Simple. C’est la vie.

My goal for the month was to be able to write 30 poems, maybe more, and then to make a blog post reflecting on all of them and sharing them. I think I actually have five poems? So that’s like, 17% completion. Not ideal.

I was absolutely proud of one poem for sure, felt ok about a couple, actively didn’t like others. I never intended to write any personal poems that I wouldn’t want to share, but hey, we can’t help where the prompts take us.

Speaking about prompts: in efforts to prompt me towards writing over weekends and weekdays alike, I picked out a few prompts ahead of time that I thought would be a fun challenge. This has taught me that picking writing prompts when I’m not in the writing mindset can be bit counterproductive, as by the time I got down to write, I really just didn’t connect with the prompt at all.

When I wrote 5 out of 30 poems, by the way, I mean in the actual mindset of NaPoWriMo. I did actually write a few poems organically over the month but I didn’t really count them towards the challenge. Because, as I said, I guess writing challenges like this just aren’t for me, at least in the realm of poetry. Usually, when an idea comes to me, I just roll with it there and then.

Not all of the poems I wrote for the month stink, so I am planning on editing the salvageable ones and maybe posting them. Stay tuned to find out.

Now, the future beholds NaNoWriMo: national novel writing month, which is November. The goal then is to write between 1,600 and 2,000 words per day, in efforts to end up with a complete novel by the end of it. I’ve tried this one a few times now and I definitely connect to it better, so I’ll be recording my process this winter, too!