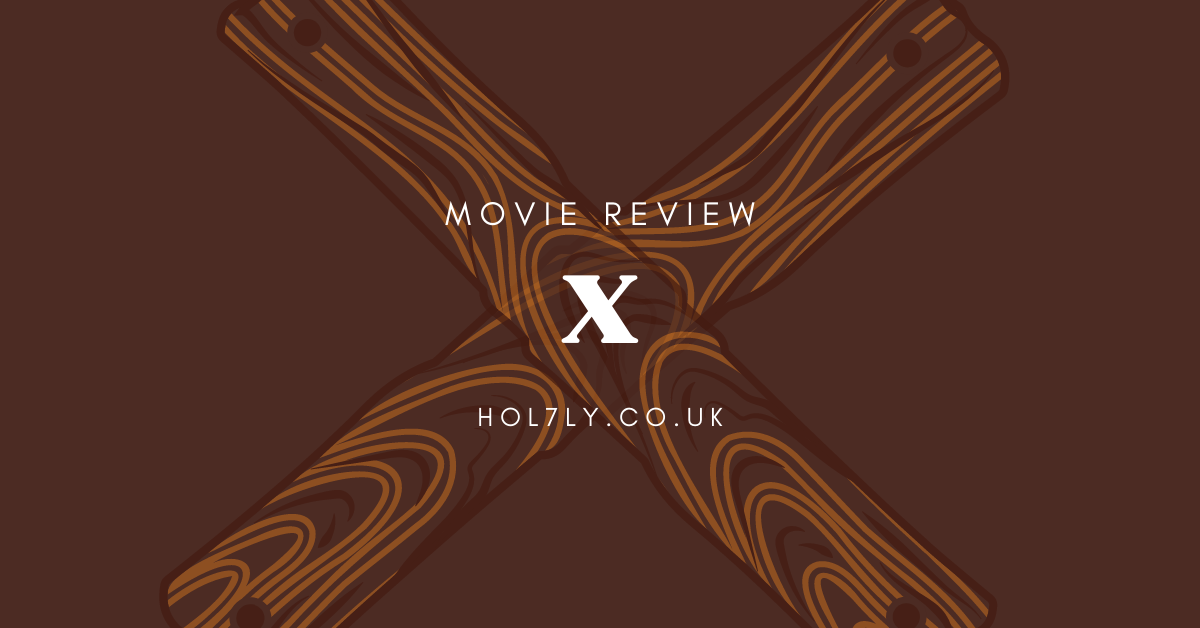 X, directed by Ti West, starring Mia Goth and YOU’s Jenny Ortega, is mostly vibes. This is by no means a criticism. Was I always there with the plot, with the character’s motivations? No, not really. But did I enjoy the feeling of terror I felt through the majority of the movie, along with the performances, and unexpectedly lovely cover of ‘Landslide’ by Fleetwood Mac? Absolutely.

X sees a group of young sexy wannabes embark on a trip to a creepy farm to make their very own Pornagraphic Film. We see Maxine (Goth), a young woman who is chasing the life she deserves led into the business by her enterprising, much older boyfriend Wayne (Martin Henderson). In tow is seasoned stripper Bobby-Lynne (Brittany Snow) who also dreams of her perfect life, and Cock-of-the-Walk Jackson Hole (Scott Mescudi). Cool name bruh. Behind the scenes is aspiring auteur RJ (Owen Campbells), who is directing the porn through the lens of something akin to French cinema, alongside his girlfriend Lorraine (Ortega), who is trying to grapple with her prudish reputation and questions of morality, all while operating a boom grip.

They encounter farm-owner and host Howard, who meets the group with distrust. Later, they meet Howard’s wife Pearl, who mourns her lost youth, and the vanished physical intimacy in her marriage. Brittany Snow and Scott Mescudi perform the aforementioned LOVELY cover of ‘Landslide’ by Fleetwood Mac, and after this point, nothing more feels safe.

Our group is hunted by Howard and Pearl, and we get to see a couple of creative, gorey, and fun kills at the hands of Pearl! The old couple make for an ominous hunting duo that stalk and deceive the main characters – in the audience, we don’t always know where they are, we don’t know where they might appear next, and who they might take down.

X is refreshingly short at 106 minutes long. I cannot and will not deny my love of short form, so I really enjoyed the brevity of this movie.

However, I just wasn’t always with the characters in that I didn’t always have a good understanding of them or what they wanted, beyond survival. Past a certain point, I’m not sure of how much depth I’d place in their desires. As several of them were picked off one by one, there wasn’t much room for character development, but in our surviving character(s), I felt maybe a bit wanting in that regard.

But hey, good vibes only. Or rather, bad vibes, but like, in a good way.
For me, X was a fresh and subversive horror that kept me on my toes, kept me guessing. It didn’t go where I thought I would, and I found that exciting. I thought it was a lot of thrilling fun, and would definitely see it again if given the opportunity.