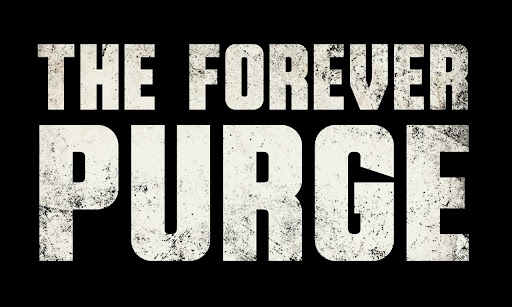 Like. It’s fine. It’s ok. It’s a Purge movie. Cut and dry formula: big bad siren go off and everyone go coo-coo-bananas for that sweet, savoury, and rare thrill of legal murder. Why don’t we ever see anyone going on bank heists? Honest to god, if I were in a Purge situation, I would friggin’ steal all the frozen shit from McDonalds so I could have McChicken’s at home. I know I’m not alone in that – why don’t we ever see that sort of thing happening in the Purge?

There’s not a lot of room for this cooky bullshit in the Purge franchise because they have, rather admirably actually, concerned themselves with social commentary. Is it extremely on the nose? Absolutely. But still, the crew behind these movies are attempting to hold a mirror up to the USA’s ugly habits and that’s really respectable. Where this movie’s predecessor, the First Purge, dealt with the downright sinister treatment of high Black populous areas in the USA, the Forever Purge tackled immigration and increasingly radical right wing behaviour.

What I liked about the commentary here was the reflection on American right wing loyalty. Keep in mind here that you’re reading the words of a Scottish leftie hippie, so pinch of salt and all that. But it showed these radical loyalists revelling in what they thought their leaders wanted. And then their leaders condemned them, sent in the military, and demanded they stop purging, and the loyalist purgers kept going anyway, newly filled with a feeling of betrayal as they’ve taken things too far. Reminded me of this January, kind of. Anyway.

Those behind this picture definitely had a shot of Red Dead Redemption 2, which is a really good game – the mysterious, hardened cowboy vibes definitely seepe in here and was kinda cool if not a bit misplaced for a Purge movie. Out of nowhere came an emotionally charged villain that we, the audience, had literally no emotional attachment to, and yet the whole climax hinged on brutally murdering this guy and his crew. Spoilers, sorry. So, the ending felt misguided, like the writers just had no earthly clue how to drive it to the finish line.

So all in all, this movie was fine. Like. It was ok. I didn’t go in expecting the pinnacle of horror and tension. At this point if you’ve seen one Purge sequel, you’ve seen them all (after the sequels, the Purge (2013) just has completely different vibes). So, go and see it if you’re in the market for some dumb fun.