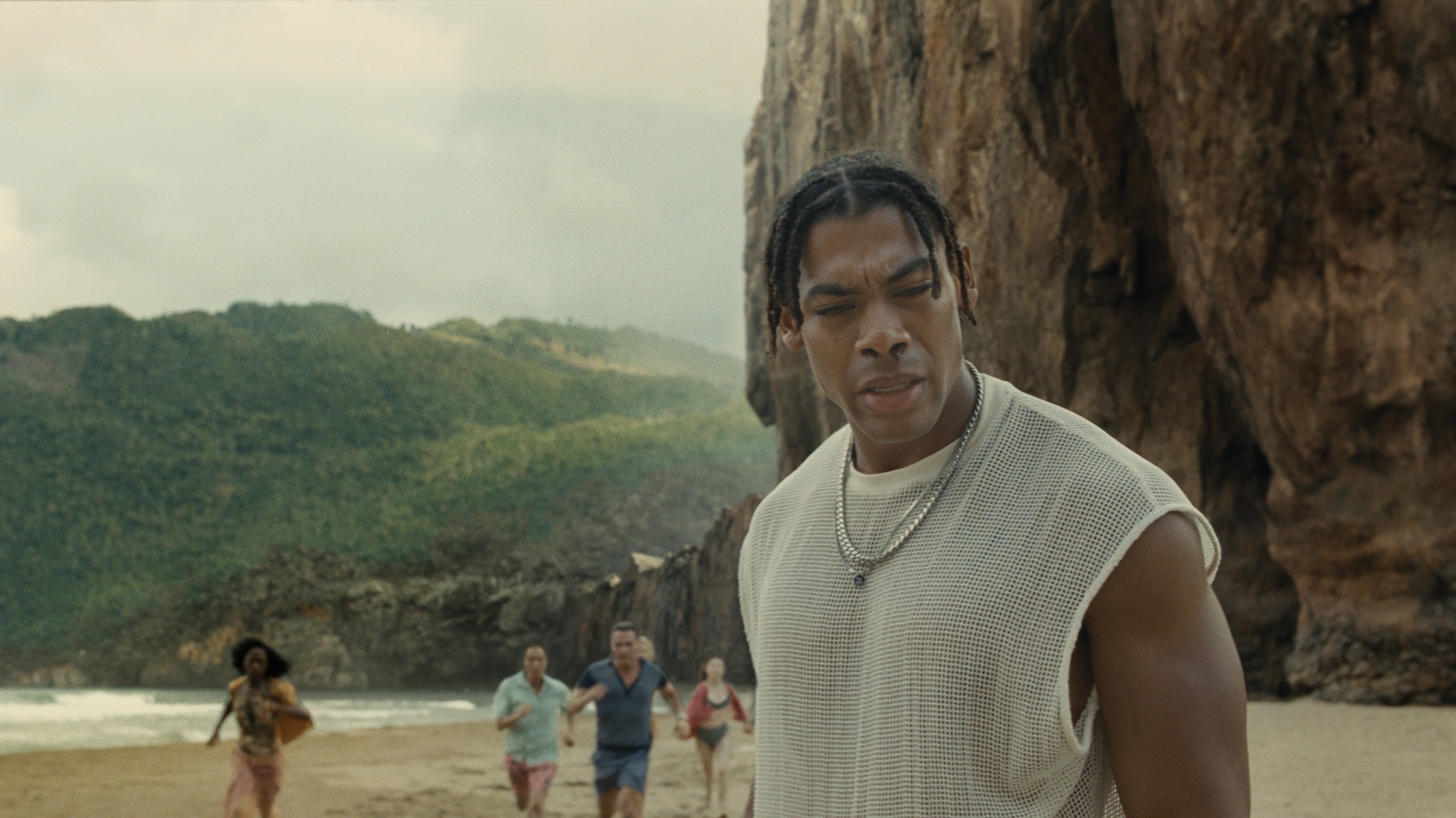 M. Night Shyamalan is arguably the world’s most successful shit poster. With the likes of the Sixth Sense and Stuart Little under his belt, it is just plain hard to know what planet this God among men originated from. When I first saw the trailer for Old before watching the Forever Purge, I knew I would be seeing the movie about the beach that makes you old ASAP.

Walking in, I expected bonkers, balls off the walls madness, along with weird characters, a baffling twist, beautiful craftsmanship, all of it. And I was not disappointed.

This was not a good movie. And I loved it. Ten million out of ten stars. My heart and soul goes out to MIDSIZE SEDAN THE RAPPER. WHAT A FUCKING CHARACTER NAME. I’M SO OBSESSED.

Old opens on 11-year-old Maddox Cappa main charactering. As her family and her travel to a luxury resort, she’s ~*~singing like no one’s listening~*~ and living her best life. Her mum interrupts to disclose some exposition, and she speaks like she’s actually just finished watching Old and is making vague references to it.

All of the characters are extremely two dimensional and their personalities are entirely based off of their occupations. Cappa patriarch Guy is an actuary and can’t stop risk assessing wherever he goes. Patricia is a therapist and at every turn, she just wants everyone to come together in a circle and discuss their feelings. Midsize Sedan the Rapper won’t stop saying “damn.” These characterizations give off this cartoonish quality that made me laugh just due to how baffling they are. Every line of dialogue is painfully astute, every assertion punching you right on the nose – ouch !

I should say now that I think? This is meant to be a horror? Unclear. It has its tense moments but is absolutely not scary. This is probably proven by the sheer amount of hilarious memes that immediately followed the trailer release. Much of the story is told during one beautiful, bright day. The Beach That Makes You Old is strikingly heavenly with its clear blue and soft waves, its fascinating surrounding rock formations and it’s white sands. Midsommar comes to mind as Old invokes horror in broad daylight, just less successfully. There’s one scene that takes place during a very back night that was tense which then led into the emotional climax of the film, and then we were back to the bright day.

All in, this was very entertaining. So dumb. So fabulous. There were some rapid camera movements that made me feel a bit nauseous but I’m not one to shit on Lord Shyamalan’s craftsmanship. I’m now awaiting Midsize Sedan the Rapper’s album.