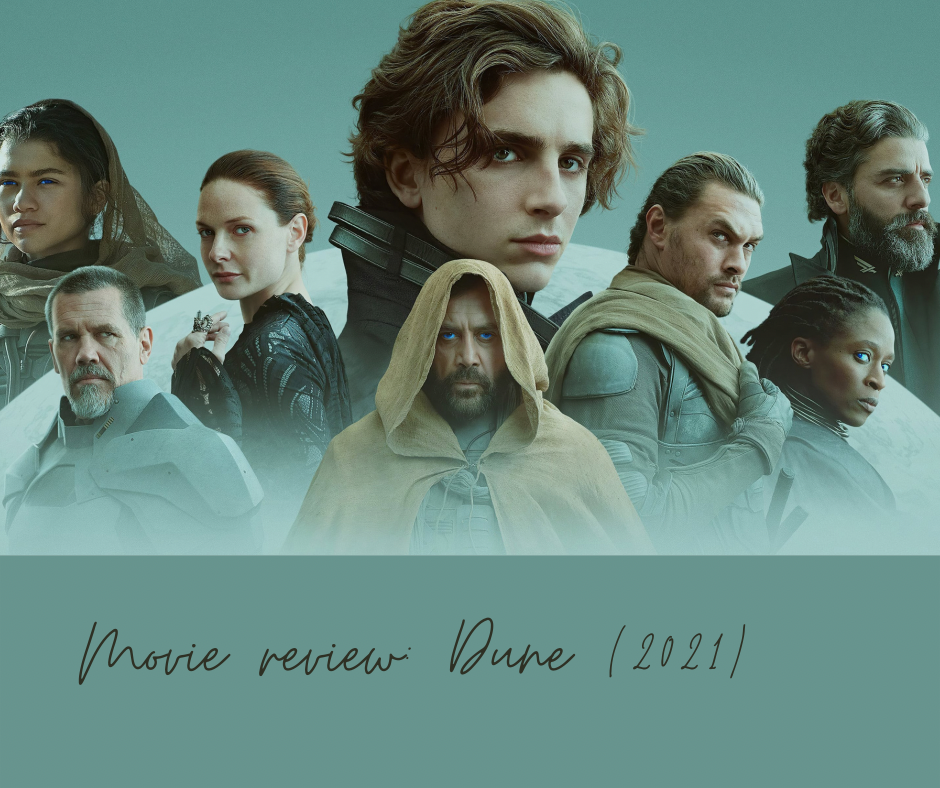 Dune was exciting – unrelentingly cinematic, packed with polarising visuals and carried by big names performing their asses off. Jason Momoa was there! That’s exciting.

I’m coming to Dune as someone who hasn’t read the books but who has always been in a space to observe the legacy. My dad was a fan and in my last year of uni, as some students started exploring the canon for their dissertations, I felt always in the presence of Dune as I’m sure a lot of others have too.

So, I walked in knowing nothing. Despite that, I was disappointed by a barrage of expositional narration delivered over our first images. I found this narration to be disembodied and hard to connect with – almost overwhelming as I was settling into the world. It was easy to drown this out, and as we are after flung into the life of the Atreides family, I found it somewhat forgettable. I would have liked to have had this exposition delivered in a more integrated way, but other than that, I think I have little to complain about when it came to Dune.

Otherwise, this felt like a refreshing revisit to fantasy for me. I’m among the masses of heartbroken Game of Thrones fans, so to be hearing of fantasy regional politics and ancient houses again almost made me feel nostalgic. I really enjoyed Timothee Chalamets performance as Paul, and am looking forward to more Zendaya in the next instalment of the franchise – her introduction, from dreamy dream girl to the actual person she was (I’m finding it hard to describe with words how her character actually was?) was fun. I know that was an aggressively vague thing to say, but hey, it’s a spoiler free review.

Narration and a man playing bagpipes but NOT wearing a kilt aside, I really enjoyed this. Oscar Isaac and his Atreides comrades were particularly enjoyable to watch, and I really enjoyed everything about Rebecca Ferguson on screen, from her in general to her fab costumes. The tenderness shared between her and Isaac was also heartbreaking and emotional to see, and I hope we get to learn more about Ferguson and Isaacs on screen relationship in the future too.

this is an affiliate link – I will earn commission from any purchases made through these links to no extra cost for you.