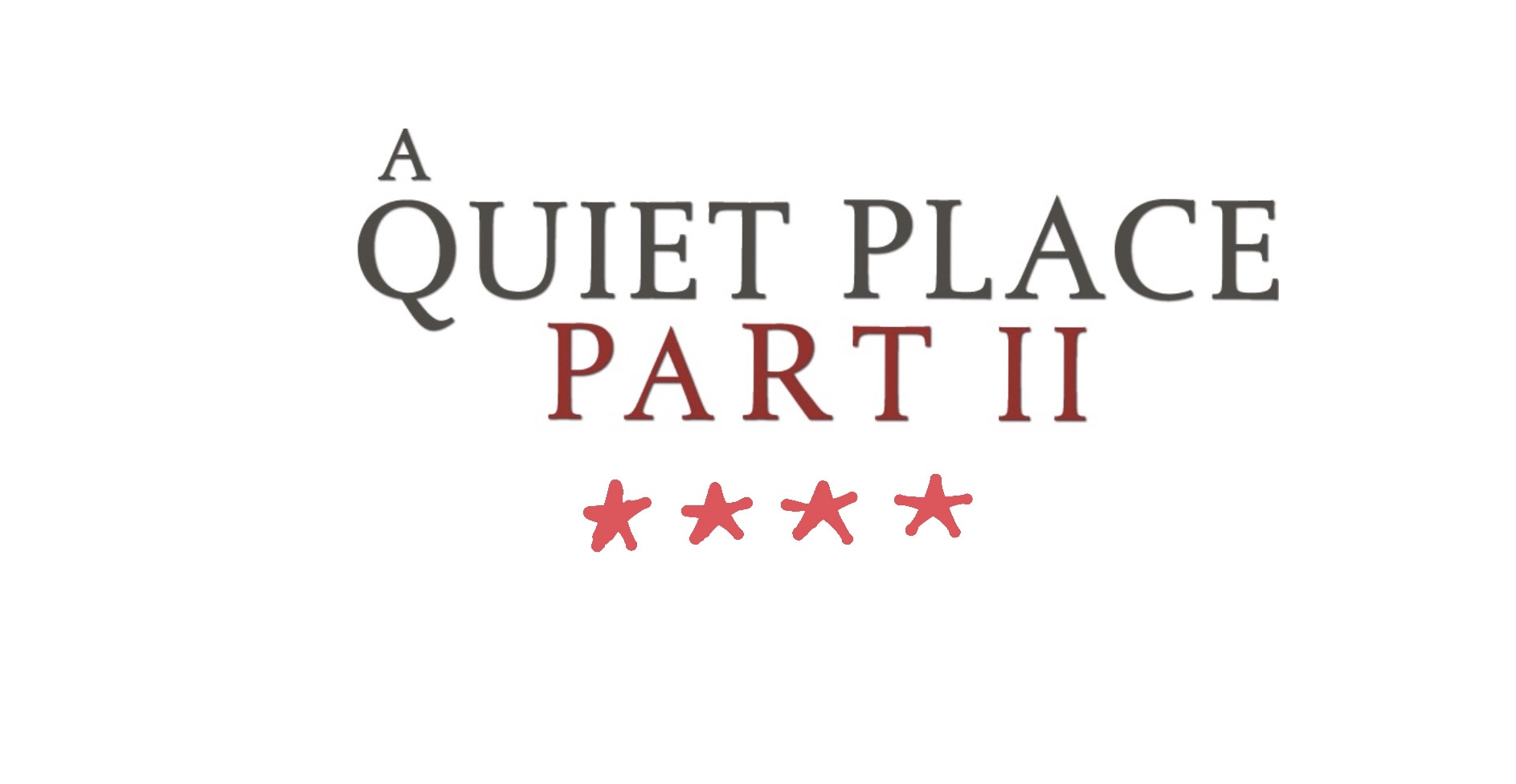 Welcome to the first film review posted to hol7ly.co.uk in a whole hot minute!

In our first cinema experience in a year, my partner and I saw A Quiet Place Part II, the follow up to John Krasinski’s 2018 sound study horror. I never got to see that one in the cinema, and looking back, I think I’m glad I watched it for the first time at home. I caught it on my TV a few weeks ago and was taken aback by just how stark silent it really was. So, I’m happy I wasn’t subjected to whispering and munching and slurping in the cinema when I first saw it.

Part 2 is a different story. While there are still those moments of complete quiet, they’re rarer. As we’re introduced to a new character, Cillian Murphy’s Emmett, it’s natural that we need a bit more dialogue as we’re seeing two unfamiliar parties build a relationship. Also there’s a baby this time, and babies are naturally quite noisy.

Okay, so: we pick up with the Abbott family where we last left them – mother Evelyn (Emily Blunt) and daughter Regan (Millicent Simmonds) are facing off against the monsters that are terrorising the planet, while Marcus (Noah Jupe) is holding his new baby sibling (this character is kinda mysterious). When they’re satisfied that they’ve done away with all the monsters in their immediate vicinity, they explore the ruins of their home, picking up useful items. Most notably, Evelyn picks up her soundproof baby box that can quiet the baby while supplying oxygen, and Regan picks up the amp that facilitated the paralysing of the monsters. On their journey, they are attacked by monsters when Marcus’ leg is, for lack of a better word, mangled by a bear trap and his screams attract nearby predators. Unbeknownst to the Abbott family, they’re being watched by Emmett, who witnesses Evelyn and Regan’s routine of killing the monster. Emmett leads the family into his warehouse base as they’re pursued. Over their first night at Emmett’s, Regan hatches a plan as she theorises that a song being played on loop on a radio means that there’s an island of people inviting other survivors to their haven. Regan takes off in the middle of the night to pursue the lead, and Emmett is sent to rescue her by Evelyn. The party is split and they spend the film struggling to stay safe both on the road and in their safe, quiet place.

The film opens with a flashback to the day of the initial invasion. We see the Abbott family functioning pleasantly within their local community, attending Marcus’ baseball game. They’re well known and liked within the area. When the invasion begins, Evelyn, Marcus, and Evelyn and Lee’s (Krasinski) other son, who dies in the first film, try to escape the scene together while Lee and Regan take off in another direction.

What I really enjoyed about this opening is how intuitively in sync Lee and Regan are. Through the vaaaaast majority of the first film, their relationship is EXTREMELY strained, so to see them ducking away from danger and moving together was a really great way to establish what a seamless and easy relationship they had before the world went to hell.

If two things were to bother me…firstly, while Regan is sneaking through an abandoned, derelict train, she comes across a flock of birds that squawk loudly in fright as she approaches. I have to wonder, are the monsters unable to capture the birds? I would assume that most animals are dead seeing as they’re noisy, so seeing these birds for the sake of a jumpscare threw me off. Secondly, the ending was abrupt. I was seriously expecting an epilogue scene that could see the family reunited, but that never came. Does this leave the door open to a third instalment? It’s probable. Maybe it would be a welcome one, too, seeing as the second part of this story was so well done. Regardless, this ending felt a bit unsatisfying.

Overall, this was a great first experience back at the cinema (I drank a litre of Diet Coke as well, I’m so happy), and I really enjoyed this film, despite the little things that caught me out. It’s full of tension and scares, and great emotional familial beats that build on the overarching story and world really well.

Wondering where I’ve been posting my film reviews? Visit https://snackmag.co.uk/