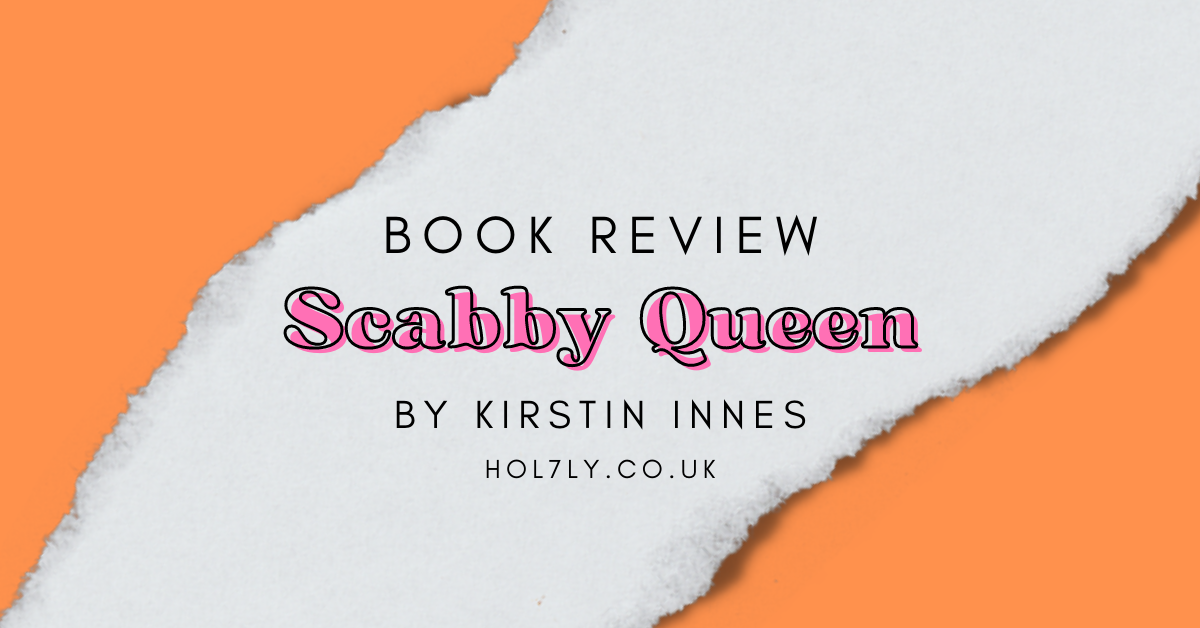 First book review of the year!

Scabby Queen is a collection of perspectives that tells the story of Clio Campbell, a Scottish activist, popstar, and woman who is loved or hated in equal measure. We are with her from birth, to her death at age 51, and witness the key, vivid scenes of her life: from the discovery of her singing talents as a toddler, to her activism and early fame, to the days when everyone around her becomes exhausted with her non-stop, unyielding radical behaviour.

Despite never having a real moment alone with Clio, the reader is able to develop an intimate relationship with her as we view her from countless angles. Usually, she is a force to be reckoned with, and most people in her life view her as someone who is always on. As such, her most vulnerable moments are experienced in the company of near strangers, like a woman on a train, or an old school-mate turned nurse.

She is someone who is constantly fronting – displaying a powerful, unwavering image of someone who only wants to see the rise of the working class and the marginalised. She is pure energy, and cannot comprehend that those she wishes to see empowered are too tired to protest and strike and speak up at all times. Clio can’t quite understand her own privilege, and while her intentions are noble, her constantly trying to relate to, for example, the people of colour she wants to help often ends up alienating them from her. She doesn’t understand that in the face of trauma, some people would rather try to best live their lives and move on instead of exacting justice.

It’s hard to imagine Clio on her own, experiencing even a shred of introspection. She largely lives for others. We have little access to her own personal desires, telling as we see her through the eyes of her lovers who have remarkably little insight into her intimate wants. Is Clio a private person, or does she have no desire beyond social justice? It’s hard to tell

The one word that can most accurately describe Scabby Queen is vivid. A wide variety of perspectives paint Clio Campbell as complicated, intelligent, ignorant, vulnerable, invulnerable, determined, and listless. Innes’ depiction is so believable that if you told me that this was a true story with all the names changed, I’d probably believe you. This, at times, makes Scabby Queen an uncomfortable read as we witness the most visceral, heartbreaking, and challenging moments of Clio’s life. But it is still so worthy as the narrative deftly tackles so many social issues that the UK has been facing for generations. Scabby Queen is only ever preachy when it means to be, and is always keenly self-aware of itself; overall, it is insightful, touching, and will likely make you want to take action on the little injustices around you.