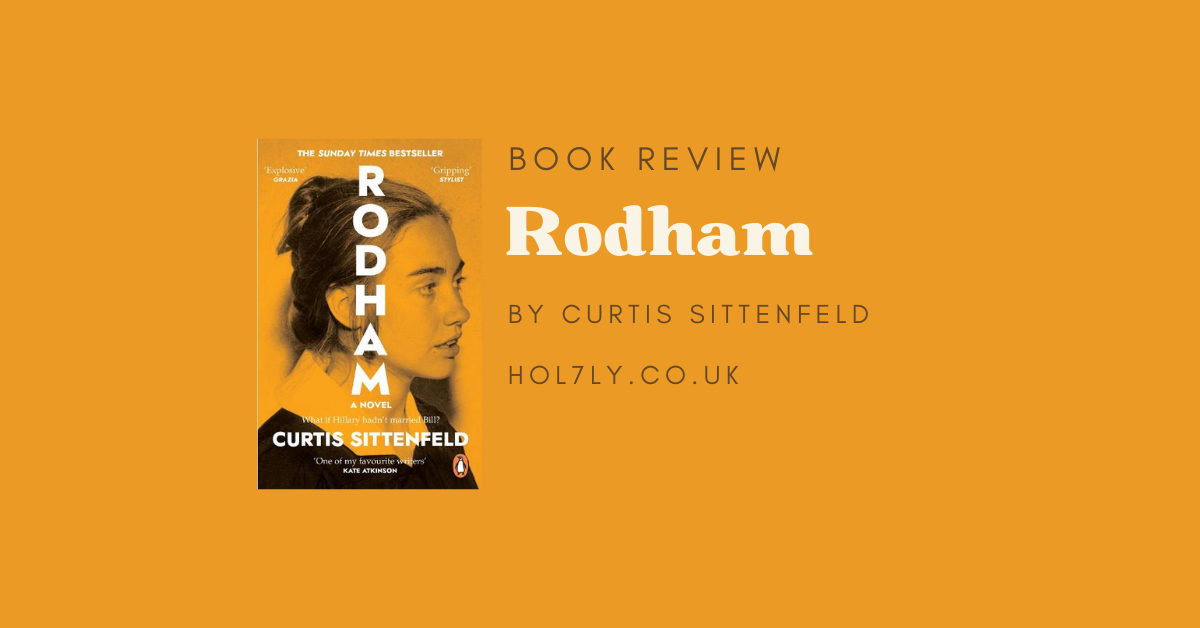 Am I interested in American politics? Not really. Am I a fan of Hilary Clinton or, for that matter, any Clinton? No, not at all. Do I want to read descriptions of a young Hilary Rodham lusting after a young Bill Clinton, describing the experience of watching him play the saxophone for her while buck ass naked? Well, I never thought that I did.

Rodham by Curtis Sittenfeld was recommended to me and other classmates during my fourth year of university. By no means was I gripped by the premise of the story, but I was totally enchanted by the cover – a picture of young Rodham, her button nose and her faraway look, cast under a warm amber glow. Striking, powerful, bold letters. This is a book to judge by its cover.

Beneath the cover is the fictionalised retelling of Rodham’s life and career, spanning over decades. The premise of the novel hinges on Rodham, in her twenties, at the very beginning of her career, deciding not to marry Bill Clinton.

Next, we see her launch her own career. The Rodham of this book is strategic in a very un-nefarious way. She surrounds herself with young, intelligent talent, and longtime friends, all of whom make for interesting characters to go alongside her.

We experience decades of Hilary in this novel, and the pacing is excellent. It definitely feels like two books in that the young Hilary chapters are so different from the older Hilary chapters: the former tells the story of love, hope, and ambition. The latter tells the story of aging into something that honours the younger self, and preserving and furthering ambition. When I say this feels like two books, I mean two parts of a continuing story as the tone is the same, only the characters feel different. I do not mean it feels like a slog to read two books at once.

The Bill of it all

I’m surprised that I enjoyed this book at all, seeing as I’m not really into American politics and I wouldn’t class myself as a fan of Hilary Clinton. One aspect I was particularly taken by was the development of Bill’s character from main love interest, a driving force for the plot, into something minor in a major way.

Bill and Hilary go years without seeing each other, months without talking at all in the careers. But still, Hilary is aware of him: there he is, on the news; there is his affair, in the papers; there is his campaign, which counters hers, across the whole country. He is all encompassing in the first parts of the book, and a celestial object that merely passes by every once in a while in the latter parts.

Sittenfeld’s writing is smart, but not overly complex. It’s a good read, giving you a taste of American political systems – there’s a treat if you know more about the issues than the average reader, but it doesn’t alienate those less involved in the subject matter.

I read this back in March – it was among my first reads of 2022. I was gushing about it during and after my read as I was so impressed and enamored with the plot, the writing style, and even the characters (why is Hilary so likable in this???). Inevitably, someone would ask me what the book is about, and I’d have to be like, “well, bear with me here,” and explain not only the premise but my own opinions on American politics.

When I get a chance, I’ll be making a meal inspired by this book, just like I did for Saltwater. Read my review of Saltwater HERE, and about the meal I made inspired by it here

If you enjoyed my review and now you want to read this book, consider buying your own copy through this link! Doing so supports me and my blog directly