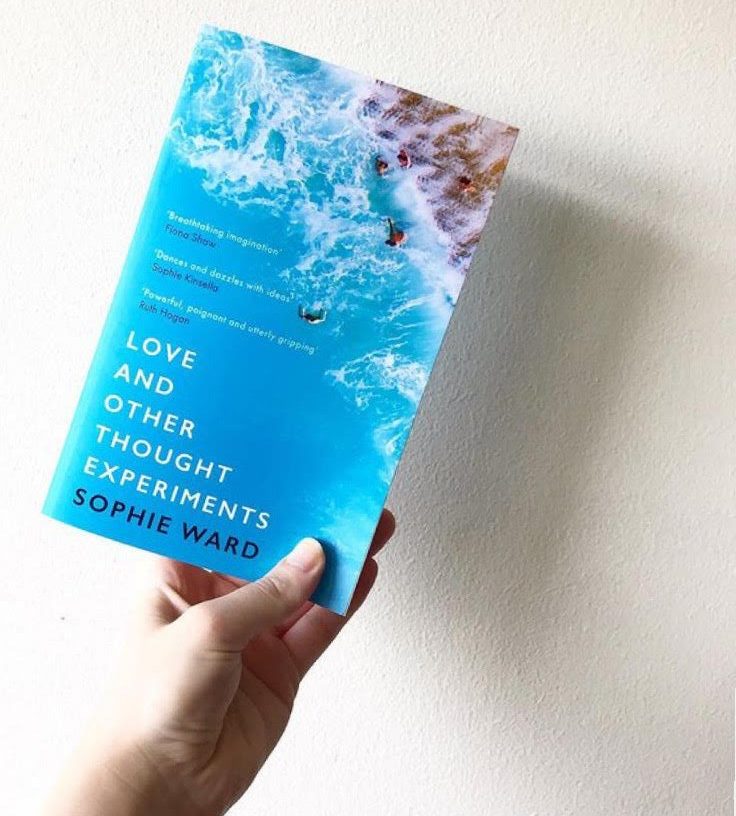 Through the lens of philosophical deliberations, Sophie Ward explores one story of many loves in her 2020 novel, Love and Other Thought Experiments. Over the course of the narrative we experience attachments and devotions felt between lovers, friends, parents and children, and even biological invaders and their hosts. What these studies show us is deep levels of intimacy, along with the tragedies such dedications and passions bring with them.

Lovers Eliza and Rachel are deeply different from one another. Eliza is analytical and the way she lives her life is concretely grounded in what she can see and prove, whereas Rachel is much more led by feeling and instinct.

The two are facing some trepidations as they prepare to have a child together. One night, Rachel wakes with a fright and swears that an ant has crawled through her eye and is living in her skull – Eliza doesn’t believe her. Still, Rachel is convinced, which leads the pair to seek therapeutic and then medical attention. Resultingly, Rachel is diagnosed with cancer.

They go ahead with their plans to have a child and have Arthur, who grows to become a curious little boy fascinated with space exploration. Their extended family includes Hal, Arthur’s bio-dad, and Greg, Hal’s boyfriend. Through the novel, the states and fates of the character’s relationships changes drastically depending on the chapter. In some, Rachel is dead. In others, Hal and Greg are separated.

Chapters also see Mr Kargin, a handyman, who works near Eliza and Rachel; he unnerves the latter. Rachel’s mother, a glamour puss turned ex-pat, who seems unfulfilled and restless in her old age, also has a chapter of her own which I think is my favourite. And there’s an ant. The ant who crawls into Rachel’s skull also gets an unsettling but really sweet chapter about her life, too.

The thought experiments that preface every chapter acted as fun ways to set the tone for each chapter and also really piqued my interest in philosophy, a subject I loved deeply in school. Thankfully, Ward has a whole glossary of further reading at the end of her book.

From the first few pages, I figured the narrative would centre around Eliza and Rachel way more than it did. I was a little disappointed that it didn’t, but reflecting, I think disappointment might have been an intended effect here. I mean, Rachel died young and left Eliza and her little son behind in the first timeline, which was a tragedy for Eliza. A life lived without your soulmate would be crushingly disappointing, especially after just beginning a life together. Still, peaks into other universes and Eliza’s development as a single mother makes me so curious about the pair, and I would have loved to see them interact further.

While jumping around wildly different perspectives is really fun, it was a tad jarring to bounce around a few different genres. It’s totally a show of skill on Ward’s part, to be able to encompass so many stories into one, but I guess I didn’t pick the book up expecting to delve into existential sci-fi?

Overall, this was a fun and thought provoking read, and once again, the philosophical inserts really made an experience of it. Love and Other Thought Experiments features MLM and WLW in functioning co-parenting relationships which is refreshing, and with its mix of so many genres and styles, I feel like there is a little something for everyone here.