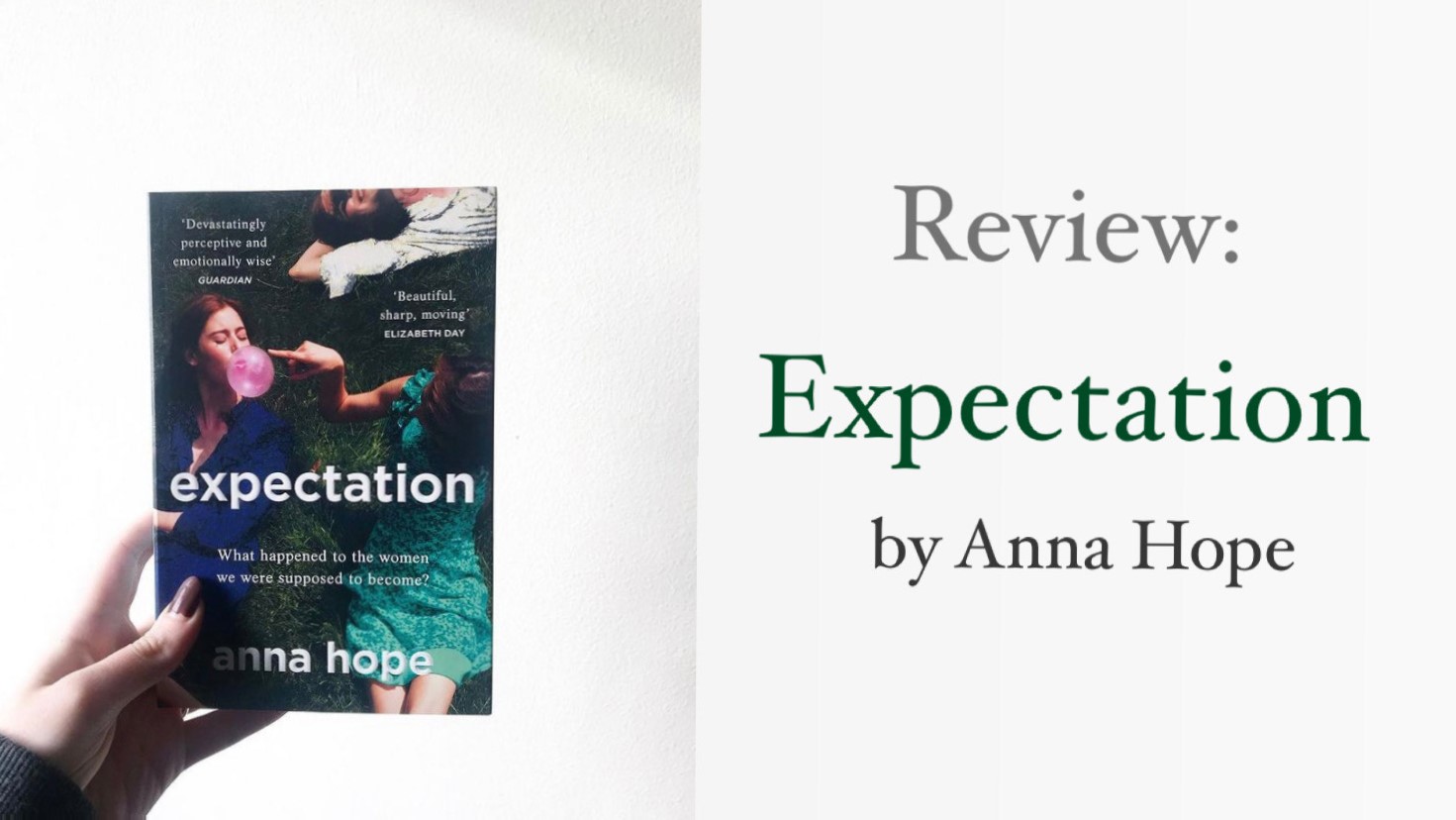 Anna Hope’s Expectation explores close female friendships, motherhood and infertility, infidelity and adapting to a life that isn’t all it’s cracked up to be. It follows Hannah, Cate and Lissa, all in their 30’s and drifted apart as they struggle through their own lives and manage to make only little time for each other.

The narrative is interspersed with flashbacks to the girls as children (Cate and Hannah are childhood friends), to their university days, and to the times before they were married.

Hannah is embarking on her third round of IVF – she has her heart set on becoming pregnant, but her marriage is strained for it. Cate feels the trauma of her c-section and copes with being a new mother with her husband, as her mind wanders back to past love. Lissa is a struggling actor, living on a wavering bridge between her real life and her dreams.

Over the course of the novel, Hannah’s marriage disintegrates as Lissa begins an affair with her husband; the three learn the live with how they’ve hurt each other in the past, and Cate seems to live in her own little world as she wades through a life that was sprung on her before she really knew what was happening.

The three main characters are highly educated and fairly accomplished, and are unrelatable enough to make them somewhat unsympathetic. Hanna is the most amenable, but over the course of the story does next-to-nothing wrong (compared to her two friends), and her saintly treatment in the narrative borders on annoying. Lissa, on the other hand, makes so many bad and incomprehensible decisions that it’s almost impossible to like her. Cate, then, is probably the most likable of the characters but her storylines are largely disjointed from Lissa and Hannah.

I’d say this book exudes a lot of white feminist vibes. The characters are all pretty privileged, with privileged backgrounds, so maybe it’s possible that this book just isn’t for me. I found most of the problems presented to be the fault of the characters’ decisions, and many of the things that wore at them just seemed borderline whiny to me. Largely, this book couldn’t grip me.

All of that said, however, Hope writes beautifully – almost poetically. Her novel wasn’t completely unenjoyable, and there were real emotional moments in it, but mostly I couldn’t vibe with it.