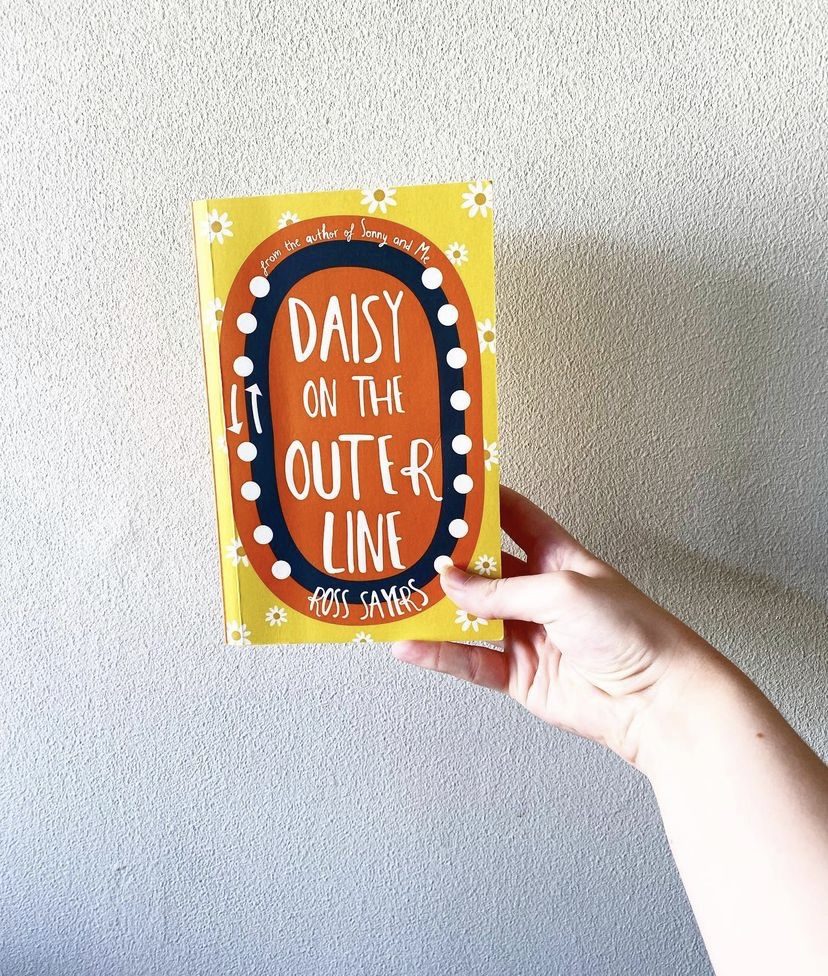 The unbridled excitement I felt when I found out that my home town of East Kilbride is one of the supporting locations in Ross Sayers Daisy on the Outer Line (2020) can only be described as profoundly sad. Still, when protagonist Daisy made an offhand remark about encountering high school classmates, I really had to think about which of the few schools in EK Daisy must have gone to. Then I remembered her selfish and questionable behaviour, her general neddy demeanor, and the fact that her treatment of her own mental health is savagely unhinged, and I realised that she must have went to my school.

This is the third book in the Ross Sayers canon, soon to be followed by a fourth book set for release later this year. It joins Mary’s the Name (2017) and Sonny and Me (2019) – Ross keeps himself seriously busy with writing. Daisy on the Outer Line follows 19-year-old student Daisy after the death of her step-dad, who she doesn’t have an abundance of care for. After a night getting objectively too drunk and making a bit of an arse on herself, she has a strange experience in Cowcaddens subway station with a mysterious figure called Yotta. She wakes the next day with a different visage – one that’s close to her own, similar enough to maybe be a relative, but still strikingly different. She has no idea why this has happened to her, or how, but she is aware that it is her task to save a life in her new body. She takes up the alias Rose and sets about with only days to figure out who to save and how, and gradually becomes more thoughtful as the distance from her own body allows her to look at the wider picture of her life.

Daisy as a protagonist differs from her predecessors, Mary and Billy Daughter, as she doesn’t keep a constant companion. Mary is tied tightly with her grandpa and is often with friends in her story, whereas Daughter is almost always accompanied by Sonny. Daisy is often in the company of her step-dad Steven or another woman in a similar predicament to her, Jill, but doesn’t have one constant that is in on all the secrets.

Ross’ novels are usually very fast-paced, and Daisy is no different. Daisy seldom gets any real time to rest before a questionable, time-travel being comes to be ominous or cryptic. That said, she is a very active protagonist; she meets her challenges head-on, and usually does so with dubious morals and problematic reasonings, which makes for a really fun story to follow. Daisy is always up to something, even if it’s just eating her favourite pizza from Paesano.

Daisy’s story is a unique and entertaining one, and is enriched in its Glasgow setting. Ross tends to write his prose in Scots, which I think adds to how well this paced. Daisy, through and through, in conversation and in her narrative, is a fast-talking, witty and funny Glaswegian. There are definitely some cultural inaccuracies about East Kilbride presented (it’s the Monty!!!), but they’re forgivable because Daisy is such a brilliant read.