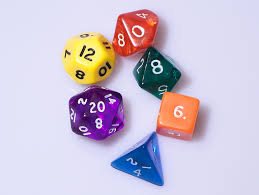 I’ve never played Dungeons and Dragons. I’ve always wanted to and two years ago, I made a character who I really liked but I ended up losing my character sheets and we never played anyway. Fast forward two years and the poetry society at my uni has started a game where in which we all play bards! We played a week ago today and it was like, really, really, really intense and good fun. I died. It was great.

I sought out to make the most annoying character ever and I did so in Linius Nailo, a woodelf who is double classing as a bard and a rogue. She is a pathological liar with a heart of gold. She has a story about everything. She never shuts up. I love her, but my teammates staunchly do not. Linius died indeed but she came back. It’s all good.

Our game was really fun and I found it to be a really awesome bonding experience with the gals I was playing with. It actually did really get intense for a good while as we all worried about what was going to jump out of any given corner as we ventured down a pitch black, tight, sweaty hallway.

As it happens, I am laughably bad at rolling die as I was faced with nat one after nat one. My bad rolling skills combined with Linius’ low attack points and strength modifier made her an extremely unthreatening foe. She swung and she missed. Repeatedly.

The next day as I was working in the shop, stocking items all by myself, I started thinking about what it would be like to run my own game as Dungeon Master, because telling stories and building worlds has always been something I’ve been so into. I started building a world in my head and creating a game and a plotline and everything. The game I was part of on Wednesday was my very first time playing DnD, so I definitely don’t feel ready enough to run my own game never mind efficiently take part in someone else’s. But one day I think it would be super good fun.

CollegeHumor’s Fantasy High has been keeping me so entertained every week for a while now and now that I play the game myself, I feel like I can understand what they’re on about a whole bunch more. When I have some time to enjoy listening to four hours of gameplay, I’m totally going to check out Critical Role, as just about everyone I know now really enjoys it.

In summary: Dungeons and Dragons is yes, super fucking nerdy, but also super fucking fun. I really can’t wait to play again and get more into it and annoy the fuck out of my friends via Linius Nailo, the most irritating elf on the planet.